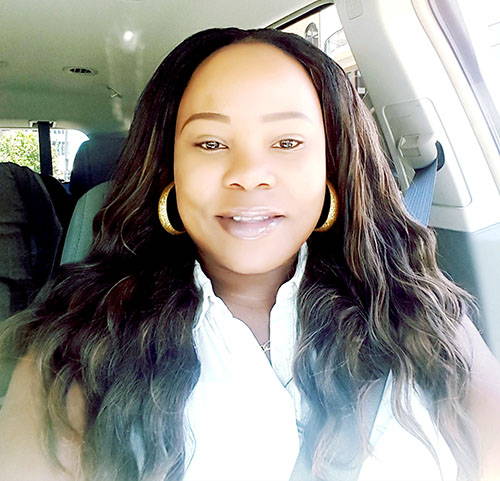 The idea of hair has always fascinated me. As a little girl, a trip to the salon with my mother was an adventure for me. We would spend hours waiting to be serviced, and while we waited, I gave close attention to detail. I watched every client, stylist, technique, and tool used to perform each style. I kept all that I saw contained in my head just to go home and try to imitate what I saw. Not knowing one-day styling hair would be my passion, or that I was given the gift of my hands to do exactly what I do now, create.

My name is Shywana Elzy, a licensed cosmetologist, and owner of Creative Images Hair Designs located in Champaign, IL. I am also a graduate of the University of Illinois at Urbana-Champaign with a degree in Speech-Communications.

Little did I know, those childhood experiences to the salon began my journey as a stylist. I attended Lena Bryant’s Beauty College located on the south side of Chicago, where I grew up. It wasn’t fancy, huge, or what a person typically expect when searching for a beauty school. But, none of that mattered to me, I was there to accomplish goal. One very important lesson I learned was that hair is universal. Simply put, hair is hair. So taking that very simplistic, yet important piece of knowledge with me, I always strive to do my best.

A few months out of school I began working at Exotic Trenz Salon on Chicago’s south side. It was already a successful salon with about 3 barbers and 9 stylists. It could have been intimidating. I was the youngest stylist and I was working with people who had established clientele and years under their belt. Once again, I’m watching and learning. My clientele grew rapidly. Men were my main customers because I was skilled at braiding and twisting hair. Then more women and children became regulars.

After 2 years, I relocated to Champaign. I worked at 2 salons before being employed at Regis salon, where I remained 9 years. Now Regis was new and exciting. It was unlike anywhere I had worked because I was introduced to the World of Diversity. I was exposed to all kinds of people with different hair textures, lengths and colors. They had different expectations about their hair. So finally, I was being challenged. The unknown can be scary for any stylist, but once again, hair is hair. I had my trials and errors. I had those challenging tasks that motivated me to want “to know”. I learned as much as I could and became very good at what I probably would have never pursued if I kept limits on my abilities.

5 years later, I began to feel my passion growing and I yearned for more. I became discontent and I needed something new. Unexpectedly, a client referred me to a friend who was responsible for hiring a stylist to operate the salon on EIU’s campus in Charleston, IL. I leased the salon for three years while simultaneously employed at Regis. It became a bit much, commuting an hour each way after finishing a shift at Regis, amongst other

responsibilities. I eventually walked away from both. Feeling like I can do better as an independent contractor, I went back to booth rental. I told myself the next salon I work in will be mine. It was detrimental to my spirit, my craft and my life to have my destiny in someone else’s hands. Three years later, stepping out on faith is what I did. I didn’t know how, what, when, where, or who, I only had a vision.

I knew that I would be in control of my success, that every decision I made would be based on what I desired. I have freedom, peace, and joy again. My drive has grown even more. I know that it was my patience, determination, motivation, humility, and faith in God that carried me into the “Gray area”. I don’t regret the paths I’ve taken on my journey to the Gray area. They were meant to build me. And I won’t quit!

My Journey: Crossing into the Gray Area by Shywana Elzy
February 15, 2020